REMODEL: DARK SECRET MADE BY EA IS NOW A SERIAL KILLER HOUSE
Sususim
June 22, 2020
11:14 am
Hi, everyone! I’m back with another crazy home.  This one is a remodel of an old base game home we all know and love—DARK SECRET. I do love the black and white aesthetic, but it’s so simple. Also it’s not very dark or secret.  Anyone walking in there would scream bloody murder just going in that front hall.  It screams American Psycho to me. 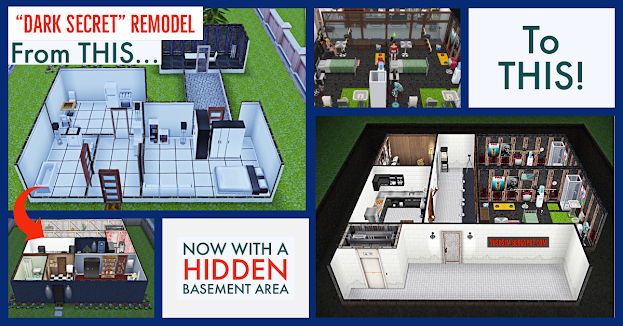 Over my ten years of playing Sims FreePlay, I have bought this home and placed it on a lot about three times. Yet no matter what I did, I just couldn’t get it right.  Usually I would end up demolishing it for some newer, fancier architect’s home. After the quarantine though, (and probably after watching too many serial killer documentaries), I decided to try my hand once more at this elusive conundrum.
I tried with just the top floor at first but I thought, if the FBI comes a’ knockin, it would be pretty obvious what anyone is up to in there.  It had to be more dark, more secret and more EVIL.  After all, serial killers are the most evil of killers. Then it occurred to me, THE BASEMENT.
I started simple, with just the top floor and then I created a laundry room with a door hidden behind a partition. In the back, I added a water heater to make it look more legit.  In the middle of the house, I added a well (for dumping bodies), a 10 gallon drum complete with fire (for burning evidence), and a garbage bin (for the leftovers?). This previously was going to go in the back of the house, but that looked too obvious, so I came up with the donut idea. I built the house around this small indoor yard, and placed the door to it after you go in the back hallway. This way if anyone just looks in the laundry room, they would never see the door to the dumping site. This simple boring hallway looks pretty unsuspecting. I made it connect to a “garage or closet” full of junk decor from past holiday seasons.  I figured if the cops come, he can tell them he made that extra room to hide the holiday decor. I filled it up just enough to make it walkable, but definitely crowded.  Far beyond that on the right, is an elevator. If anyone looks in that room from the door to the statues, it would be difficult to spot the buttons. It looks just like the rest of the walls in there.
Then came the “piece de resistance”, the basement. The elevator takes you to another hallway which takes you to a chicken wire door that leads to two door-less bedrooms complete with shackles, tv(so they can catch news reports of the police looking for them), a shower, toilet, bed, radio, table, fan and clock(so the victims will know how long they have been there).  There’s also a few motivational posters to keep them smiling.  They have a water cooler for water, and a dog bowl for food. I figured he may be into the whole dominance thing, most serial killers are. Over by the “picture windows” we have video cameras set up to record every moment.  We also have speakers to give commands which connect to a microphone over in the man cave room.
The man cave is complete with photos of past victims as well as fishing trophies. It also has four TVs. Two are for running reruns of past victims, and the other two are for the two victims currently inside.  The pictures hanging above each television on the wall are the victims that correspond to the tv.  Then I placed a nice comfy ergonomic chair, some pizza boxes and a freshly brewed pitcher of cold lemonade. It’s perfect for sitting down to relax and watch the events unfold. I also placed a popcorn maker just on the outside to make some fresh buttered popcorn if the “client” desires. I know some people really love their popcorn when they’re enjoying a good show.
When the serial killer gets hungry—maybe he is a cannibal—in which case, there is a huge downstairs kitchen complete with butcher table, two ovens and a sink, as well as sharp kitchen knives.
Do you like my remodel? Would you do anything different? I would love to know your thoughts. Leave a comment and let me know! Also any suggestions on other remodels?
Remember to subscribe to the blog to keep updated with future content.  Full walkthrough video coming soon!
Personal note and speaking seriously now....I would like to add that I am not making light any victims murdered in the past by serial killers, or anyone.  This is simply a game.  I studied criminal investigation and homicides in school a few years ago and I couldn’t even imagine being a detective and seeing the horrible things that happen to innocent victims.  I very much empathize with the families of victims. In no way am I making this from any inspiration of true events.  This is simply a remodel of a house already in the Sims FreePlay. If this reminds you of anything that triggers any memories, I want to apologize in advance and say that I am truly sorry for your pain and loss. I’m really just trying to be ultra creative with the game. Big cyber hug from me.
Love always,
Simma! 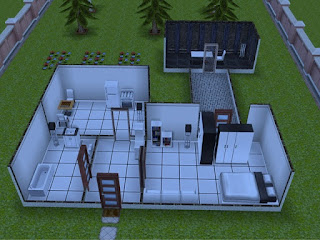 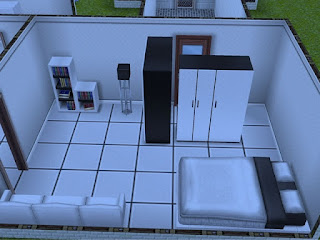 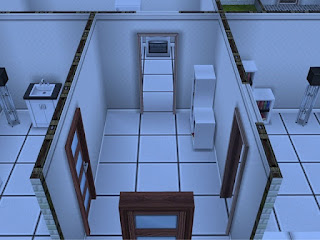 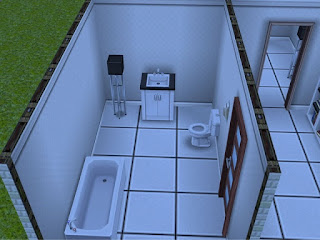 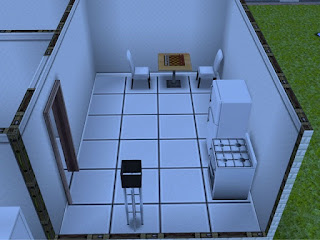 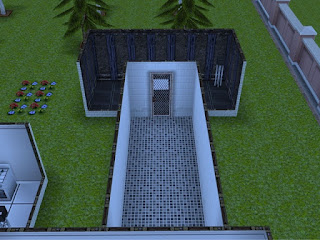 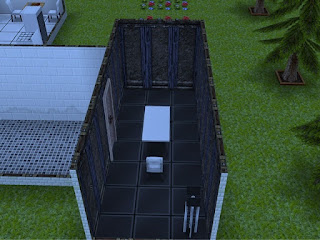 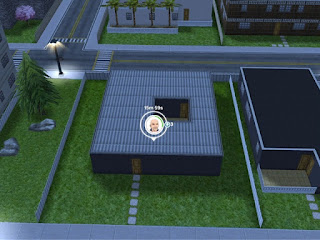 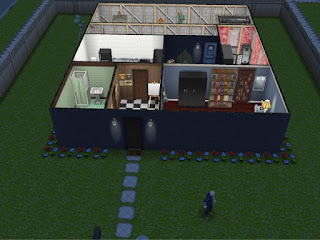 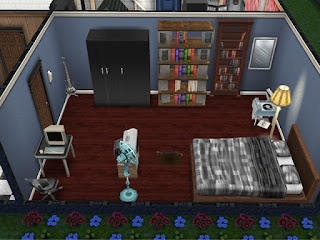 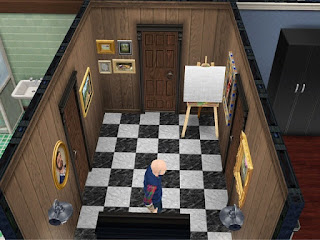 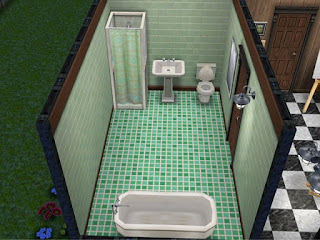 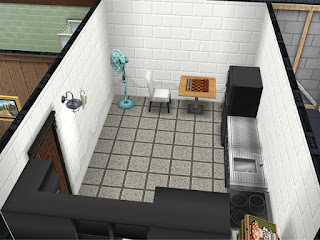 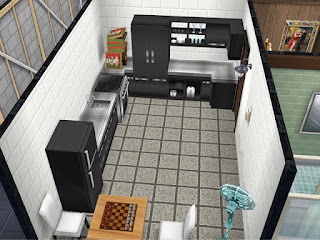 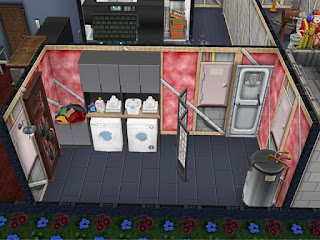 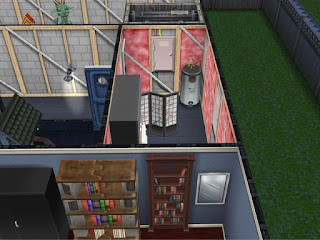 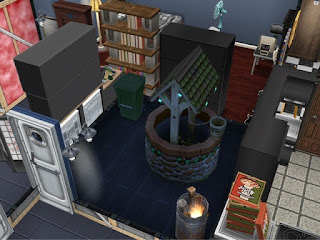 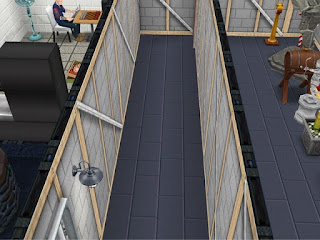 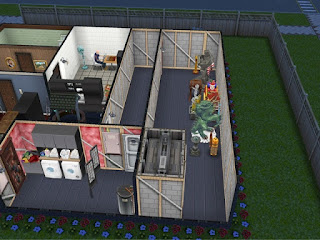 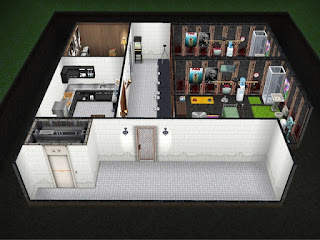 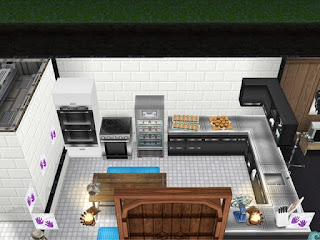 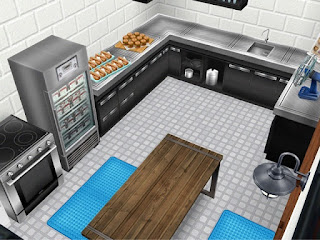 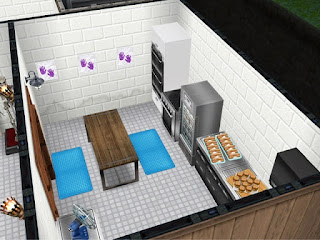 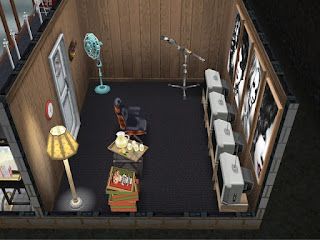 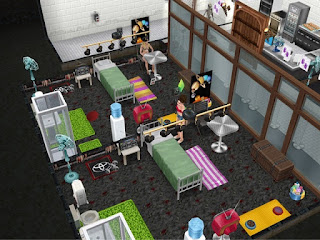 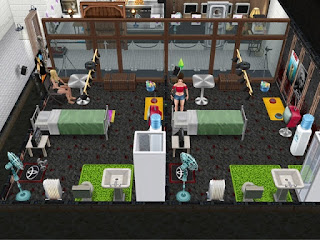