Hey simmers! So I’m back and I wanted to let you all into a little secret I found while playing. So, unfortunately when you create a sauna, the steam in the room is really not substantial.  Normally you are left with a pretty weak amount of vapor, which makes it look extremely unrealistic.  In real life, steam room saunas are full of steam created by water vapor from boiling rocks.  There are some steam rooms which are not as steamy, but those are boring (haha).  Today we are going to see how to make a super cool steam room full of steamy water vapor which will give it the look of a truly smoky sauna.  (Thanks to imma_patema on Reddit for the idea of the adjacent room.) 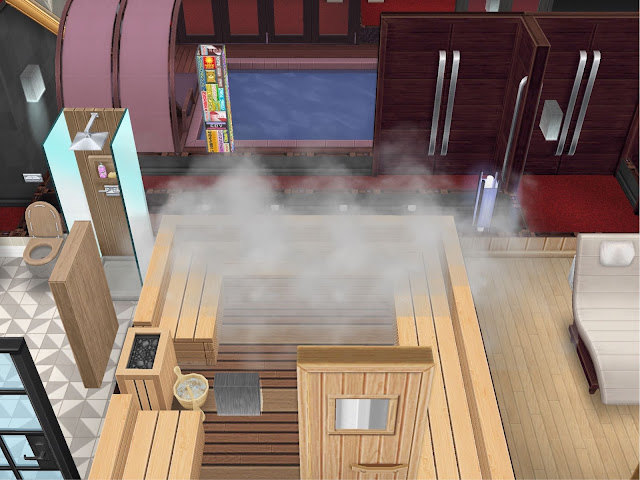 First, we need to acquire a smoke machine from the party pack event or from an architectural build.  I got mine from a build, because I was absent during the event that unlocked these machines.  I always have to hunt around for houses that have a lot of them and then buy the house to get them. 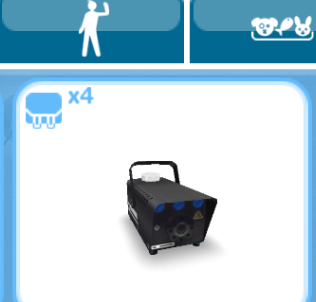 The smoke machine looks like this, and it can be found in the decoration tab on your Sims FreePlay game.

Next, you need to build a room with another room running parallel made of just one block wide.  That block is all we need to create our little magic trick.
Notice how I show below that I created a small room with an adjacent room, which holds four smoke machines and one small light. 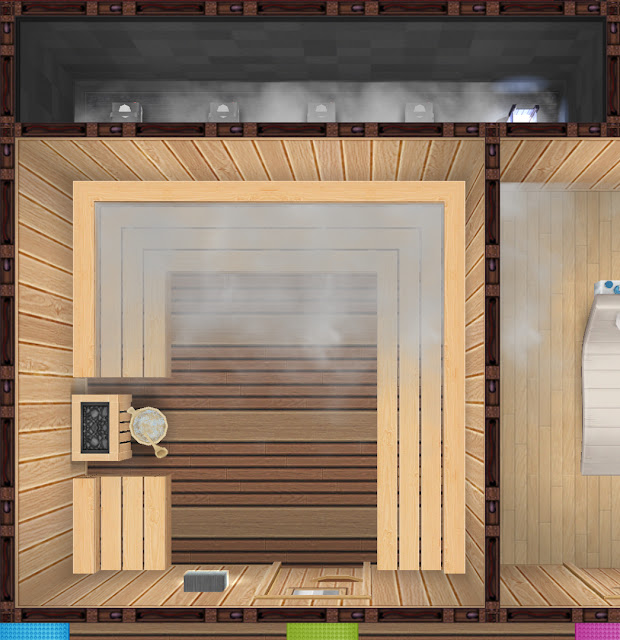 You may be asking why I also placed a light...
Well, apparently if I didn’t put a light, and the rest of the rooms were lit, the smoke was dark purple or black depending on the time of day! Eeeek! We don’t want a sauna with yucky purple or black smog! That would be so gross! Fortunately, there is a simple fix with just putting in that light.  This may be a glitch that will be fixed in the future, or it may have to do with the creation of the smoke asset in the 3D modeling, I’m not sure. 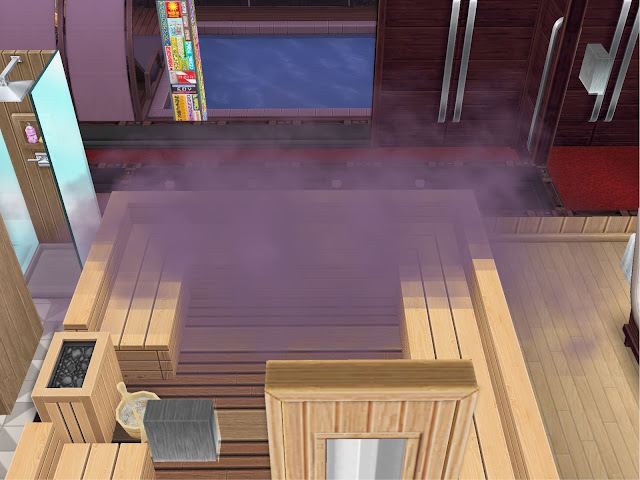 Finally when you are done, you end up with a fun steam filled room ready for some relaxed sims! 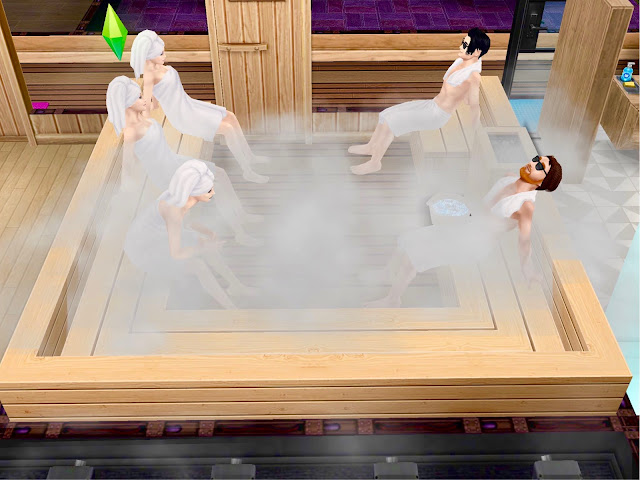